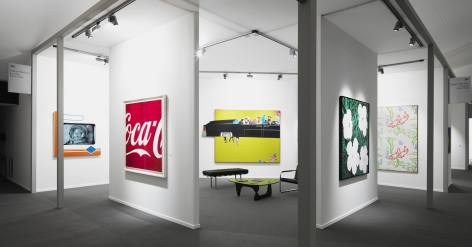 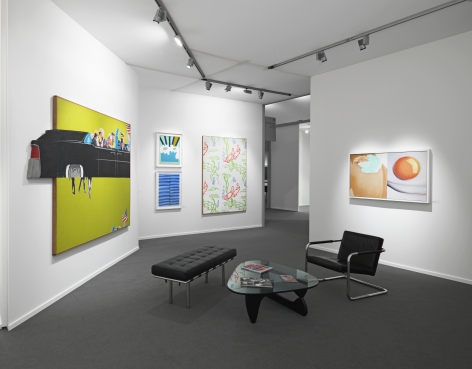 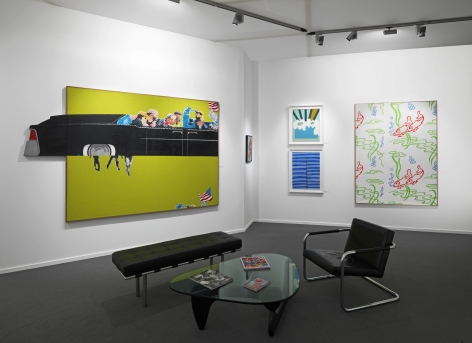 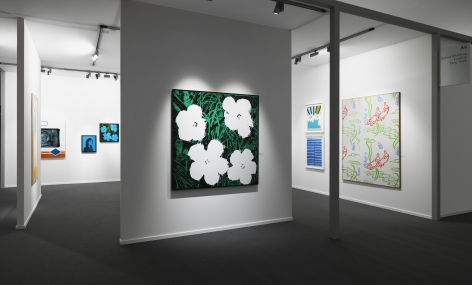 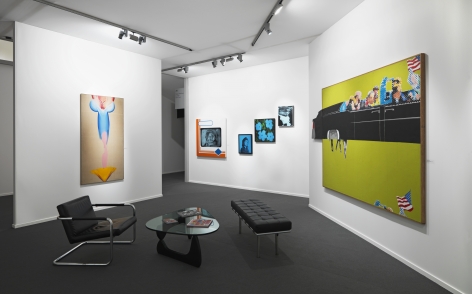 Eykyn Maclean's inaugural exhibition at Frieze Masters, Pop Dialouges, explored central themes from the Pop movement as portrayed by American and European artists during the 1960s and 1970s.

The assassination of John F. Kennedy in November 1963 provoked artistic reactions on both sides of the Atlantic, as illustrated by Gerald Laing's Lincoln Convertible of 1964 -- the seminial depiction of the scene based upon Zapruder's film.  This arresting image (considered too controversial to be shown in public when it was first completed) was exhibited in contrast to the Flowers paintings by Andy Warhol, which became a memorial to the President when they were exhibited together with Warhol's Jackie paintings in the artist's show at Castelli Gallery in November 1964.

Pop dealt with a variety of issues and imagery and the exhibition drew upon several of these, among them the sexual revolution, as seen in Allen Jones' Female Spear, Richard Hamilton's Pin-up Sketch V and James Rosenquist's Green Flash.  The exhibition also touched on both consumerism (Clive Barker's Blue Coke) and anti-consumerism (Mario Schifano's Propaganda): contrasting messages that are inherent in Colin Self's Hot Dog 5 from 1964, which uses the staple of the hot dog in U.S. fast-food culture as a metaphor to comment on Amercia's expanding nuclear arsenal.

The tendency within the Pop movement to repeat motifs was seen in Peter Roehr's Maxwell House montages, Konrad Lueg's duplicated underwater fish and Warhol's Ice Cream Cone, an early work which draws on fashion plate illustration and, as an emblem of consumer culture, was one of the precurors to the replicated series produced in the Factory.