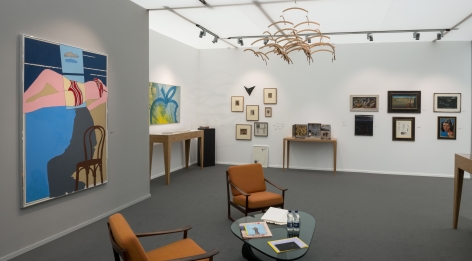 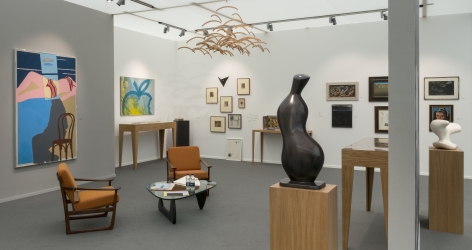 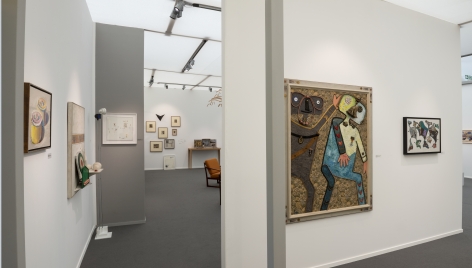 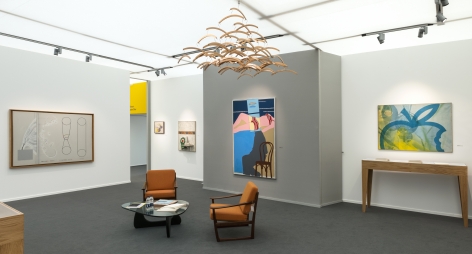 At Frieze Masters, 2016, Eykyn Maclean presented The Eye of Arturo Schwarz, an homage to the legendary gallerist and the eponymous Galleria Schwarz, which operated in Milan from 1954-1975.  The gallery became a cultural centre in Milan, as Schwarz not only introduced Italy to the avant-garde art of Dada and Surrealism, but also discovered, promoted, and exhibited emerging artists such as Tano Festa, Enrico Baj, and Shusaku Arakawa.  The gallery, originally a bookshop, held regular poetry readings and was frequented by artists who considered it a haven for artistic discussion and debate.  Galleria Schwarz was one of the most prominent galleries in Europe after the war, and left a void beyond the Italian art market when it closed in 1975.

To help recreate the atmosphere of Galleria Schwarz, all works in this exhibition were either shown at the gallery or are by artists whose work Schwarz exhibited. Works included paintings, sculpture, original catalogues from past Schwarz exhibitions, as well as books of poetry published by Schwarz.